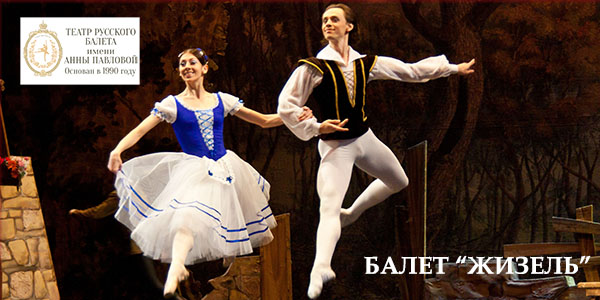 0+
Hermitage Theater / Main hall
Address: Russia, Saint-Petersburg, Dvortsovaya emb., 34
Duration: 02:00
Intermission: 1
Schedule
Fantastic ballet in two acts Created more than a century and a half ago, the ballet still arouses the interest of the viewer today due to the unique combination of a touching plot and the rare silent expressiveness of this choreographic masterpiece. Giselle is the oldest ballet in the collection of the Hermitage Theatre. It opened the 1996 season, and the soloists of the Marinsky Theater, Margarita Kullik and Vladimir Kim, were involved in the main parts. At various times, Anastasia Volochkova, Yulia Makhalina, Valeria Vasilyeva, Natalia Potekhina, Irina Badaeva, Alyona Klochkova, Tatiana Tkachenko shone on the stage of the Hermitage Theater as Giselle; as Albert: Ilya Kuznetsov, Farukh Ruzimatov, Kirill Myasnikov, Dmitry Dmitriev, Oleg Kharyutkin, Feton Miozzi, Sergei Popov.

Children under 3 years old (inclusive) are admitted free of charge (without a ticket), provided that they do not occupy a separate seat. From 4 years old - you must buy a ticket at full price.
Seating is free at events in the Hermitage Theatre.
Tickets WITHOUT SERVICE FEE!