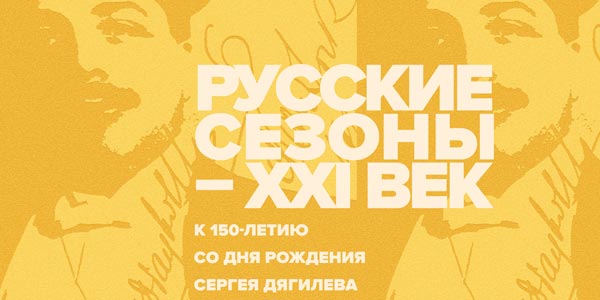 6+
Hermitage Theater / Main hall
Address: Russia, Saint-Petersburg, Dvortsovaya emb., 34
Duration: 02:00
Intermission: 1
Schedule
To the 150th anniversary of the birth of Sergei Diaghilev Programme: Borodin, Rimsky-Korsakov, Stravinsky I department Alexander BORODIN (1833-1887) "Polovtsian Dances" from the opera "Prince Igor" Igor STRAVINSKY (1882-1971) Suite from the ballet The Firebird Part II Nikolai RIMSKY-KORSAKOV (1844-1908) Symphonic Suite "Scheherazade", Op. 35 Artists: Governor's Symphony Orchestra of St. Petersburg Artistic director and chief conductor - Maxim Alekseev The concert program, which includes great works of musical art, is dedicated to the 150th anniversary of the birth of Sergei Diaghilev, the legendary impresario, critic and philanthropist. The "Russian Seasons" organized by him in Paris, within which masterpieces and bold innovative performances of operas and ballets were presented, opened up a wide layer of original Russian culture and had a significant impact on the development of the creative and intellectual life of Europe. In 1909, Polovtsian Dances, one of the best scenes from the opera Prince Igor, was staged by the talented choreographer Mikhail Fokin. The temperamental dances of the steppe nomads and the full languor of the dances of slave girls, combined with the bright, colorful music filled with oriental flavor by Alexander Borodin, made a splash among the demanding Parisian public. The following year, in 1910, the premiere of the ballet The Firebird took place, after which Igor Stravinsky, previously unknown abroad, became a famous composer. Spectacular timbre techniques and the finest orchestral sound, being in an organic synthesis with the original choreography of Mikhail Fokin and the brilliant scenery and costumes of Alexander Golovin, conveyed the incomprehensible beauty of the Firebird and the fantastic images of the enchanted kingdom. The ballet "Scheherazade" to the music of the symphonic suite of the same name by Nikolai Rimsky-Korsakov, with whom Sergei Diaghilev studied for some time at the St. Petersburg Conservatory, dreaming of a career as a musician, was released in the same year, 1910. The success of the production, which captivated with delightful music, unusual choreography, artistry of performers and luxurious costumes, was enormous! Marcel Proust, one of the fans of the ballet, spoke of him like this: “I have never seen anything more beautiful.” The concert program, accompanied by a bright and captivating video installation, will take place at the Hermitage Theatre, where at the beginning of the 20th century Diaghilev's troupe rehearsed and choreographic masterpieces were born. The duration of the concert is 2 hours with intermission